Card Shark Solitaire App for iOS Devices Version6.0 and Up 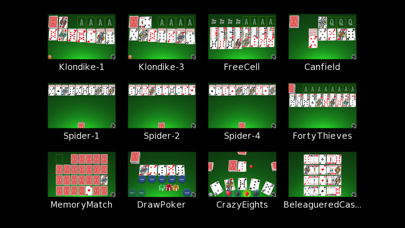 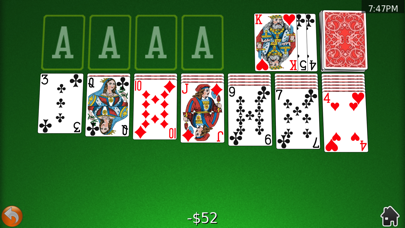 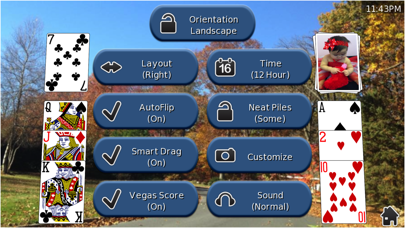 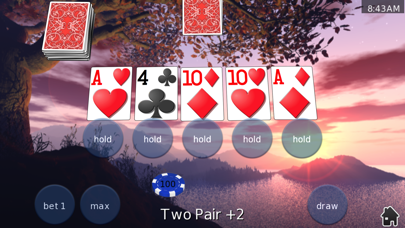 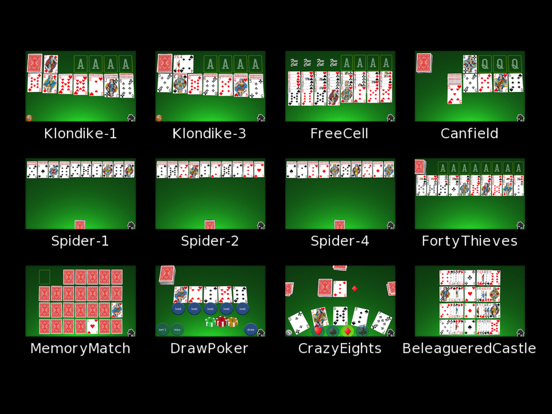 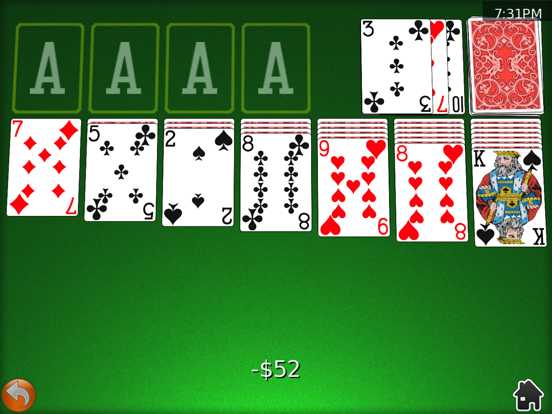 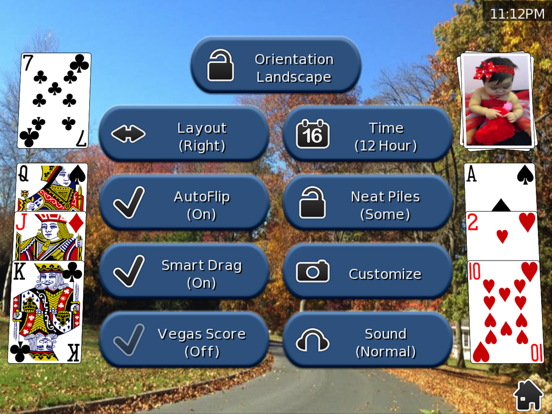 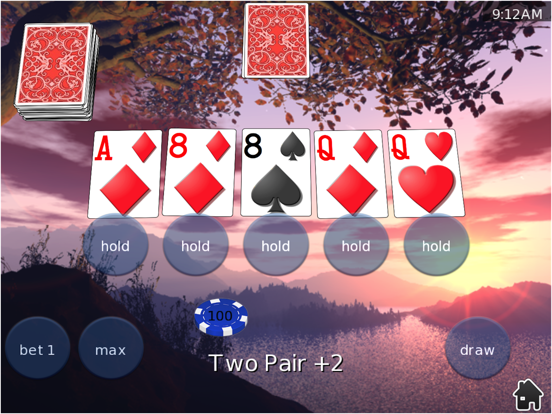 Card Shark Solitaire mobile app is a collection of twelve (12) card games, comprising nine (9) solitaire variations, and three (3) popular card games, which include a Memory Game, a Draw Poker Game and Crazy Eights. You can simply drag and drop the cards to build foundations and to transfer cards from one tableau to another. Cards are manipulated singly or entirely, depending on the rules of the game.

This mobile Card Shark Solitaire app automatically splits the cards into tableaus or tabletop positions, while the card images are large enough to allow for easy manipulation. The app has an intuitive attribute, as it drops and locks a card only in compatible positions. Any card that accidentally tagged along during the dragging action automatically flies back to their original tabletop position.

In the event that you feel you made the wrong move, this user-friendly app has undo and re-do features that allow you to put the cards back to their original positions up to the point you desire. Better yet, in case you want to play with the same set of cards, you can simply return to the home page and click on the RESTART button.

Now if you want to add flavour to your solitaire game, Card Shark Solitaire has customisation features that let you change some of the card and table designs and layout. You can also add a Vegas-style scoring in case you want to compete with another Card Shark Solitaire mobile app user. This is definitely one of the best free solitaire apps available in the iTune App Store, as it also has a random number generator capable of dealing an endless number of hands.

The Klondike 1, Klondike 2 and Free Cell games are the basic solitaire variants.

The Canfield variant presents a certain level of difficulty, with only four (4) tableaus of open-faced cards in play. In this game, if the cards already appear in proper sequencing, they cannot be moved singly. The talon cards are drawn in sets of threes, while the facedown stockpile can only be revealed if the face-up top card has been dragged and dropped in an appropriate tableau position.

Spider 1, 2, and 4 – has only one suit in play and your objective is to build foundations from the King of Spades down to its Ace. There are ten (10) tableaus in all, each having a number of facedown cards to unravel. The face-up top card can also be transferred to an open tableau regardless of the card value. Cards can also be drawn from a talon if there are no more cards available to drop and drag coming from another tabletop position. Once a foundation is complete, the cards automatically fly away, and leave the tableau open.

The Spider 2 and 4 variants are played in the same manner as Spider 1, but for additional and different card suits; Black Spade and Red Heart for Spider 2, while Spider 4 has three (3) suits in play—the Black Clover, the Red Diamond, and the Red Heart. The difficulty level rises, as more card suits are in play.

Forty Thieves is also a same-suit building exercise, in which all card suits are in play. Drag and drop top cards and talon cards one at a time, in order to connect to a compatible card, to move into an open tableau, or in completing the Ace to King foundation.

Beleaguered Castle – This game is played without regard to card suit or color when annexing a top card to a compatible build down number in the next tableau. The objective of which is to release same suit cards you will use in building the Ace to King foundation.